It is important as a parent to not only be cognizant of your child’s score on the state math assessment but also how your child scores compared to your district’s overall scores. If your school district’s scores are low (below state level), there generally is a tendency for the math program to not be as rigorous. The intent of the district is to keep the level of instruction on the level of the students – often resulting in instruction that only addresses more practice than the application of math skills/concepts. Continuous math practice is not engaging to students. You can’t just practice batting, pitching, and catching. You have to play a game of baseball.

The data highlights I am going to focus on may prod further questioning about the American education system, and whether it’s effective in helping students become proficient in mathematics. On July 20, 2017 NYSED had the Math and ELA assessment data reports sent to the 720+ districts in New York State. This is akin to politicians reporting out Friday, on an issue that is counter to their base’s ideals (because many people do not pay attention to the Friday night news). A slick way to deal with controversy? Yes (We reported it! Didn’t you see the news?).

Likewise, NYSED has the data ready for dissemination in the middle of the summer. One would think that with 21st-century technology the report could be ready to share with the teaching staff in June 2017 before the summer. I ask where is Watson? To make matters worse, the data is rarely shared with teachers when they return to school in the fall. I can’t tell you how many math workshops I have presented to middle school math teachers, where 100% of the participants had no idea how their school fared on the NYSED math assessments. I always kept a set of math assessment stats that I download from the state website for the teachers to review.

The biggest disconnect is providing the ninth grade (Fall 2017) math teachers with the NYSED grade 8 math results from the spring (April 2017) assessments. Here’s the common concern raised by teachers: It seems that the task of rounding up the data for students entering high school is too complex to orchestrate since students come from different middle schools. (BTW- Ditto for children coming into middle school from elementary feeder schools). I ask, “Can we apply AI (Artificial Intelligence) to this data situation?” Where’s Watson?

It was a great relief for me to read the August 27, Sunday New York Post’s “Numbers don’t add up for the DOE to boast,” where Will Mantell, the NYCDOE (New York City Department of Education) spokesman, stated that schools will use state data “to identify and support struggling students.” I look forward to my work as a math consultant this year to be coaching teachers who are privy to the data. It is extremely important and helpful for the teachers to use data germane to their students to direct their instruction.

Do these stats generate questions about our education system in New York State? What about your state; your district school? Is the cost per educating students commensurate with the assessment outcomes? Would you purchase an appliance or car from a factory that is 40% productive? What is the plan to improve the 60% not achieving proficiency? Do you question the gaps in ethnicity performance? Are these stats reflective in your district?

The “hidden figures” question I have is related to student achievement progress. The state math assessments have been vetted and tweaked for the past five years with the intent to improve the student proficiency rate. How many students have moved within the level (from a low level 2 to a high level 2)? How many students have moved from a level 2 to become proficient at level 3?

Back to your child. Has your child improved on the math assessment (perhaps has gone from a level 2 to level 3)? What is the plan if your child is at a level 4? Is the math course going be challenging for your child? I’m sure you have ethnicity and economic questions. Where is Watson? 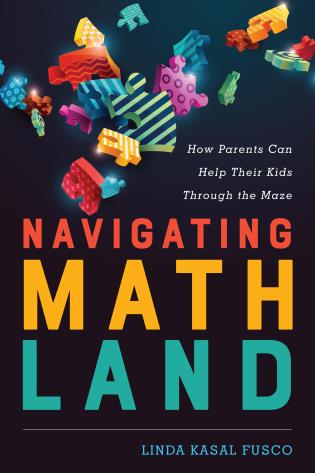